"You can expect to see the Duke and Duchess of Cambridge, Prince Harry and Ms. Markle at Sandringham on Christmas Day," a Kensington Palace spokesman said Wednesday.The royal family traditionally spends Christmas and New Year at Sandringham, the Queen's country estate in rural Norfolk, around 100 miles north of London. It's an occasion steeped in tradition. The family arrives on Christmas Eve for afternoon tea and a black-tie dinner, along with the opening of presents. After breakfast on Christmas morning, they attend a church service followed by a country walk and games. The Queen was forced to miss last year's Christmas Day service because of a "heavy cold." It was the first such service she had missed since she began celebrating Christmas at Sandringham in 1988. 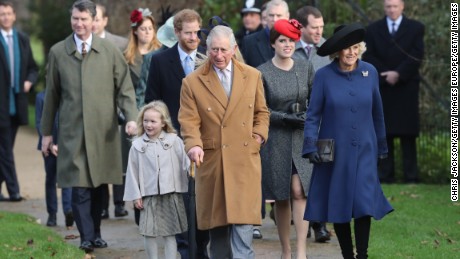 Prince Harry and American actor Markle announced their engagement in November after months of speculation and appeared in public for their first official joint engagement just a few days later. They will wed at Windsor Castle in May.