HomeEnvironmentFishermen and wind farms struggle to share the sea
Environment

Fishermen and wind farms struggle to share the sea

Offshore windmills are more than a great place to generate large amounts of electricity — the bases of the wind towers also provide a new habitat for fish.

That should be good news for the fishing industry, but fishermen are skeptical. They’re complaining about the growing number of wind farms being built across the North Sea and other EU basins, upset that many utilities close off access to the waters around the windmills. That limits the amount of space in already crowded seas as both fishermen and power companies jostle for room.

“Fishermen don’t like shrinking of the fishing area because it leads to displacement and intensifying fishing in other areas,” said Pim Visser, CEO of Dutch fishermen’s organization VisNed. He added that the industry hasn’t noticed any increase in fish numbers even among species attracted to wind tower foundations such as cod.

The conflict is likely to intensify as Europe’s demand for sustainable energy grows. There were 3,589 offshore wind turbines in EU waters as of 2016, with the largest number in the North Sea — accounting for 72 percent of the Continent’s wind electricity. Installations in the Irish Sea and the Baltic Sea contribute 16 percent and 12 percent, respectively.

“We need technology that works over longer periods of time to substitute for traditional baseload technologies like coal” — Ignacio Galán, CEO of Spain’s Iberdrola

According to WindEurope, €27.5 billion was invested in developing wind energy in 2016, a 5 percent increase over 2015. Wind power now meets 10.4 percent of the EU’s energy demand.

“We need technology that works over longer periods of time to substitute for traditional baseload technologies like coal,” said Ignacio Galán, the CEO of Spain’s Iberdrola, which is building offshore wind capacity off the Scottish coast. “Where is there more wind on a continuous basis? In the sea.”

This jockeying for space pushed the European Commission to develop a pan-EU plan to share the seas. Under the Maritime Spatial Planning Directive, Brussels has given EU countries until 2021 to design a maritime spatial plan, which outlines where each sector can operate.

The science of fish and wind still isn’t definite.

Researchers found that marine mammals and fish tend to avoid wind parks that are under construction. Underwater noise, particularly by pile drivers used to pound holes into the seabed before installing the turbines, also impacts wildlife. Scientists have found evidence that loud noises cause marine mammals to avoid certain areas, while causing tissue damage and even killing fish.

Once an offshore wind farm is operational, though, the seabed is protected from fishing nets and regenerates important marine habitats like corals and sponges. Algae and invertebrates eaten by fish also flourish.

“Fish can swim around and through wind farms but it does provide a haven for the seabed to regenerate so there are more complex organisms that fish like to feed, hide and breed in,” said Jason Hall-Spencer, a marine biology professor at Plymouth University in the U.K.

Steven Degraer, a senior scientist at the Royal Belgian Institute of Natural Sciences, said his preliminary research finds that wind parks provide an increase in biomass of fish food. This increased food supply does mean more fish are found in wind farms, particularly species like cod, pouting and horse mackerel.

But researchers have yet to find concrete evidence that this food increase translates into larger fish populations because while there are more fish in wind parks, their presence also attracts more predators like harbor porpoises. 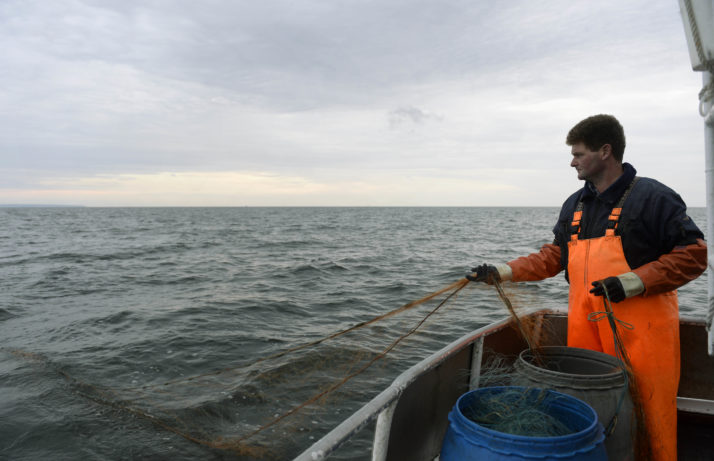 It’s part of a broader push to get the EU more closely involved in monitoring the impact of offshore wind and how it affects the fishing industry.

The Baltic Sea is the first basin to be given EU funding to develop a cross-border strategy for maritime spatial planning with the BaltSeaPlan in 2009. A second program called Baltic SCOPE mapped out fisheries, energy, environment and shipping activities in the basin.

Similar initiatives are underway in the North Sea and Adriatic with plans to expand to the Mediterranean Sea, the Black Sea and the Atlantic Ocean.

The European Commission is now going beyond simple mapping. Under the umbrella of the Multi-Use in European Seas project, EU researchers are studying how the different sectors impact each other.

Despite EU efforts, the level of cooperation between fishers and wind developers varies from country to country.

In Belgium, all non-maintenance vessels have to remain at least 500 meters away from wind parks — angering Belgian fishermen. They say these restrictions limit their ability to fish sustainably. 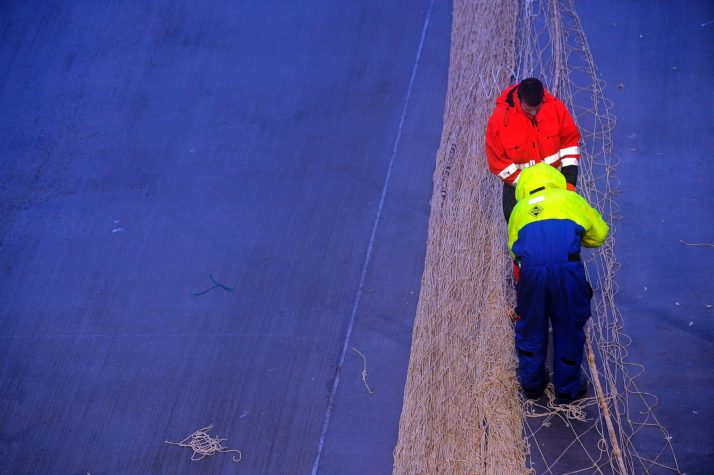 Across the English Channel, fishers don’t face the same limitations. They are only prevented from fishing in wind farms when a project is under construction or closed for maintenance. The two sectors have consulted each other on offshore developments since 2002 as part of the Fishing Liaison with Offshore Wind and Wet Renewables group.

There are risks in allowing vessels to sail close to wind farms. The pylons could damage fishing gear and boats can collide with wind towers. If a fishing vessels gets into trouble and needs rescuing, helicopters would have a difficult time safely flying amid the wind turbines.

Meanwhile in Denmark, the Danish Fishermen’s Association says most Danish wind farms have been built in areas that don’t have much fishing activity. If fishing is disrupted or displaced because of a new offshore project, fishers are eligible for compensation.

The Netherlands is consulting in the fishing industry, wind energy companies, military and nongovernmental organizations to develop a plan for its seas. The goal is to find a way for all the sectors to co-exist while still achieving sustainable energy targets and the 2021 marine spatial plan deadline.

“The [Dutch] government has committed to a good position for the fishing industry alongside wind, which is unique” — Pim Visser, CEO of Dutch fishermen’s organization VisNed

Visser, from fishermen’s organization VisNed, said that the Dutch fishing industry is willing to work with the government and the wind energy sector to better share the space as long as fishermen have some access to their traditional fishing grounds within the wind parks.

Share on FacebookShare on TwitterShare on PinterestShare on LinkedIn Share on TumblrShare on RedditShare on VKontakte
adminDecember 31, 2017