HomeEnvironmentHow Putin made me break up with bitcoin
Environment

How Putin made me break up with bitcoin

KIEV — I fell in love with bitcoin for ideological reasons. Free from rapacious banks with their massive transaction fees and pesky government interference, the cryptocurrency promised to reinvent the concept of money in the digital era. It didn’t hurt that its price — and that of other electronic currencies — rose exponentially since I started following and trading them two years ago. It was proof that I, and my fellow libertarian adherents, were on the right side of history.

A true believer, I was panicked to learn that Russian President Vladimir Putin has thrown his hat into the cryptocurrency ring. The move seemed to signal that bitcoin’s early, idealistic days might be nearing their end. Putin, once hostile to digital currencies, changed his tune after meeting with Vitalik Buterin, the influential Russian-born billionaire founder of Ethereum, a software platform using blockchain technology similar to that used to power bitcoin.

“The digital economy isn’t a separate industry, it is essentially a foundation for creating brand new business models,” Putin said after a meeting on the sidelines of the St. Petersburg Economic Forum last summer, where Buterin agreed to help Russia join the growing blockchain economy.

Soon after, the Kremlin began touting its investment into digital currencies as a way for Russia to grow beyond oil and gas. Russia now plans to legalize trading in cryptocurrencies and to create a legal framework for digital Initial Coin Offerings (ICOs), the unregulated means by which a new cryptocurrency venture can raise funds.

Russia has an active criminal hacking underground that deals in credit card theft, ransomware and other digital nastiness.

Russian banks have also said they will offer citizens the option of purchasing digital currencies and storing them on customized digital wallets. This is a major turnaround for a nation that was threatening to ban cryptotrading and arrest cryptocurrency users just over a year ago.

A trusted Putin ally recently launched Russia Miner Company, an ambitious cryptocurrency mining operation that plans to fund itself through a $100 million ICO. The Kremlin, meanwhile, created the Russian Association of Blockchain and Cryptocurrency (RABIK) to study and promote their usage in Russia. And there are even plans to use Ethereum’s unique blockchain — which allows for smart contracts, in which the terms are automatically set by a computer — in the Russian banking sector, and for the tracking of land deeds.

Putin’s patronage of digital currencies might be good news for Russia, but it goes against bitcoin’s founding principles and ideology. The cryptocurrency came into existence during the height of the global financial crisis of 2009 and was seen as a counterweight against big governments’ control of the monetary system. The Kremlin’s brusque entrance into digital currencies is not only unprecedented; it threatens a fragile ecosystem. 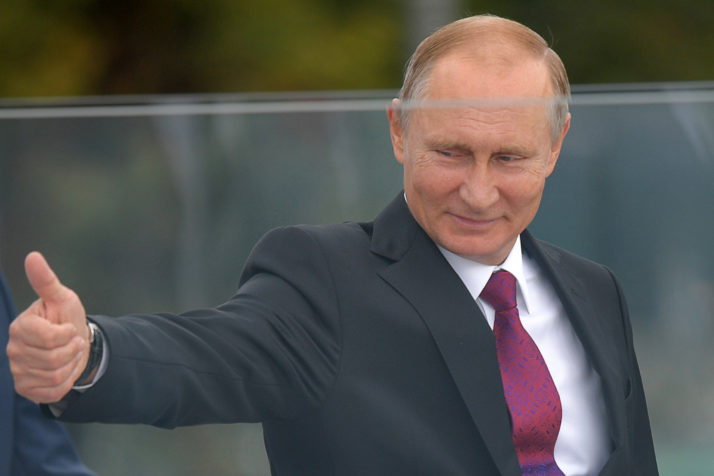 Let’s not forget that Russia represents the dark side of the digital world: They’re purveyors of “fake news.” They stand accused of meddling in last year’s U.S. presidential election and of orchestrating propaganda campaigns across Europe, not to mention hacking Ukraine’s electricity grid.

The country also has an active criminal hacking underground that deals in credit card theft, ransomware and other digital nastiness. It’s not unlikely that Putin would use many of the same tricks on the bitcoin or Ethereum networks once Russia controls a significant chunk of its computing power.

The bitcoin network has a fundamental weakness at its heart: It’s powered by a decentralized network of miners, who collectively verify each set of transactions. If a hostile power or entity were to seize control of more than 51 percent of the network, it could rewrite the blockchain to reverse its transactions, thus double-spending bitcoins and essentially printing itself free digital money.

This would take enormous computing power. But Russia has the resources to hack the bitcoin network for its own personal gain. Indeed, with its 20 gigawatts of excess power capacity and consumer electricity prices as low as $0.01 per kilowatt hour, the country is in a unique position to dominate the mining of cryptocurrencies.

It’s not hard to see a cynical dictator like Putin — who doesn’t share the utopian vision of bitcoin’s founders — from authorizing a hit on the cryptocurrency’s blockchain.

The timing is right, too. Putin’s interest comes at a time when China has decided to ban bitcoin trading. Chinese miners once controlled almost 30 percent of the bitcoin network, but that’s set to fall — opening space Russia could seek to fill.

The shady characters behind Russia’s cryptocurrency push offer further reasons for worry. Russian Duma lawmaker Andrei Lugovoi, the prime suspect behind the poisoning of former Russian spy Alexander Litvinenko in London, has reinvented himself as a blockchain enthusiast, arguing that digital currencies would enable Russian companies to bypass Western sanctions. 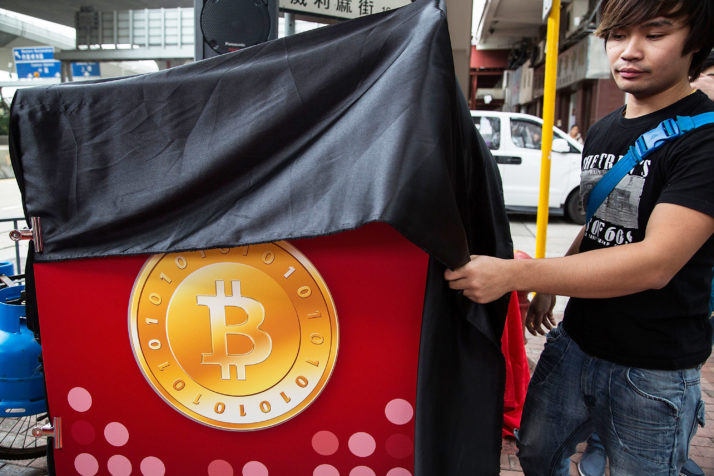 “This is a rare situation where the sanctions policy of the West gives rise to the opportunity for our own businesses to create something new,” Lugovoi told a recent cryptocurrency forum in Moscow, according to Interfax Russia.

Lugovoi’s argument strikes at the heart of the Kremlin’s newfound enthusiasm for digital currencies. Putin and his cohorts — many of whom face sanctions for their support for the annexation of Crimea — see decentralized digital currencies as a way to bypass America’s hegemony over the global financial system. Cryptocurrencies like bitcoin are anonymous and can be traded globally without ringing alarm bells, making them ideal money laundering vehicles; they’re much more discreet than Panamanian banks.

Though the market cap of cryptocurrencies is still under $100 billion, their growing popularity threatens the dominance of the mighty U.S. dollar. And anything that threatens to undermine the U.S. dollar or the American financial system is sure to warm the cockles of Putin’s heart.

That Putin has become one of bitcoin’s staunchest defenders goes against the libertarian, anti-government ideology that powered the birth of the digital currency in the first place.

Putin railed against the U.S. dollar most recently at the September summit of BRIC countries (Brazil, Russia, India and China), offering to work together with his partners to “overcome the excessive domination of reserve currencies.” He even proposed creating a special cryptocurrency, BRICcoin, to help facilitate trade between the countries.

That Putin has become one of bitcoin’s staunchest defenders goes against the libertarian, anti-government ideology that powered the birth of the digital currency in the first place. The fox has become the most enthusiastic builder of henhouses.

I sold my bitcoins recently. And as long as Putin is bullish on them, I don’t plan on buying any more.

Vijai Maheshwari is a writer and entrepreneur based in Kiev. He spent six years in Moscow in the 1990s, and was also editor-in-chief of Russian Playboy.

Share on FacebookShare on TwitterShare on PinterestShare on LinkedIn Share on TumblrShare on RedditShare on VKontakte
adminFebruary 3, 2018