RIGA — Atis Sjanits has an unusual remit for an ambassador. The Latvian diplomat is not responsible for relations with another nation — but with his own country’s diaspora.

Sjanits’ job is to respond to the exodus triggered by Latvia’s accession to the EU. Since joining the bloc, nearly a fifth of the nation has left to work in more affluent EU nations: The U.K., Ireland, Germany.

In 2000, Latvia’s population stood at 2.38 million. At the start of this year, it was 1.95 million. No other country has had a more precipitous fall in population — 18.2 percent according to U.N. statistics. Only Latvia’s similarly fast-shriveling neighbor, Lithuania, with a 17.5 percent decrease, and Georgia, with a 17.2 percent drop, come close.

To be sure, economic migration is not the only reason for the country’s declining population. The small Baltic republic’s comparatively low birth rate and high mortality rate are also contributing factors.

“It’s five minutes to midnight for us,” he said.

The impact of Latvia’s population crisis is severest, and most evident, in its poorest region, Latgale, in the country’s southeast corner bordering Russia. The average monthly wage in Latvia is €670 a month. In Latgale, people generally earn about half that. “Wages here are a joke,” said Aleksandr Rube, a journalist with Latgales Laiks, a regional newspaper. “Is it any wonder that people want to leave?”

“It’s just too easy,” said Rube. “Borders are open, information about life in other EU states is available and everyone is doing it. So, off our young people go to England or Ireland or Germany.”

Generally, they don’t return — except to visit.

“I don’t want to come back,” said Irina Sivakova, 22, who left for England several years ago and was in town visiting her sister. “The situation here is too bad.” Asked about the impact of Brexit on how she’s been treated in the country, however, she acknowledged that “a lot of Brits don’t like us.”

While insisting wages would rise, he conceded they were currently low. “Also,” he continued, referring to the war games that both NATO and Russia have conducted in the region over the last year, “all this talk of war, real or not, doesn’t make things especially attractive for people to stay.” It also discourages foreign investment, he added. 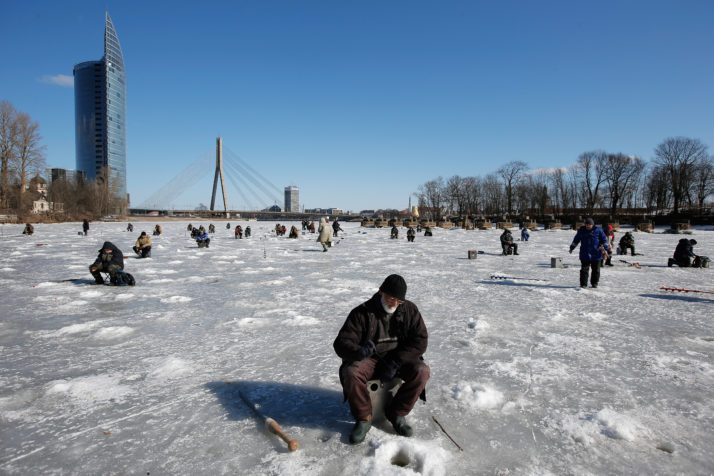