Europe is trying to fight back against U.S. President Donald Trump’s tax reforms.

There’s just one problem: The EU can’t agree on how to respond.

The region’s finance ministers gathered Tuesday in Brussels to react to U.S. reforms that expose EU welfare states to tax competition on a grand scale.

They met amid growing worries in Europe that Trump’s overhaul could make the tax systems on either side of the Atlantic Ocean incompatible, with a risk of companies forced to pay twice on their international earnings.

But despite these worries shared by many across the EU, finance ministers faced difficult odds of agreeing to a comprehensive response to Trump’s tax plan, officials from several countries said before their gathering. Country representatives were not immediately available to comment on Tuesday.

Not only is Europe divided between countries like Ireland, which seek to attract investment thanks to low corporate tax rates, and others like France, which are pushing to slap new levies on American tech giants. But the gap between these two camps is wider than ever.

Washington’s tax reforms, many in Europe argue, could undermine a years-long revamp of global tax rules, and allow the EU’s low-tax countries to argue they have a right to compete on taxes.

But for U.S. officials, the griping from Brussels is more likely linked to the sound of billions of dollars in overseas cash holdings returning to the United States because of Washington’s recent tax reform.

“Trump is creating a climate to attract companies with lower corporate tax rates and to keep the investments in the U.S., and I don’t foresee any action from the EU side,” a high-ranking eurozone diplomat said on the condition of anonymity because he was not authorized to speak publicly.

“The real issue will be how to keep Europe attractive.”

All U.S.-based firms will benefit from a one-time tax rate of 15.5 percent applied to all of their global cash reserves — whether or not they bring them home. Then, when the gift period lapses, their U.S. corporate tax rate will drop to 21 percent from 35 percent.

And other tech giants have followed suit. Alphabet, the parent company of Google, told investors earlier this month it had booked a $9.9 billion charge related to the U.S. tax reforms. Facebook said it had earmarked $2.3 billion to cover its one-off tax liabilities, according to regulatory filings.

In total, American tech companies hold more than $2.6 trillion of combined assets overseas, according to the Institute on Taxation and Economic Policy, a research group. 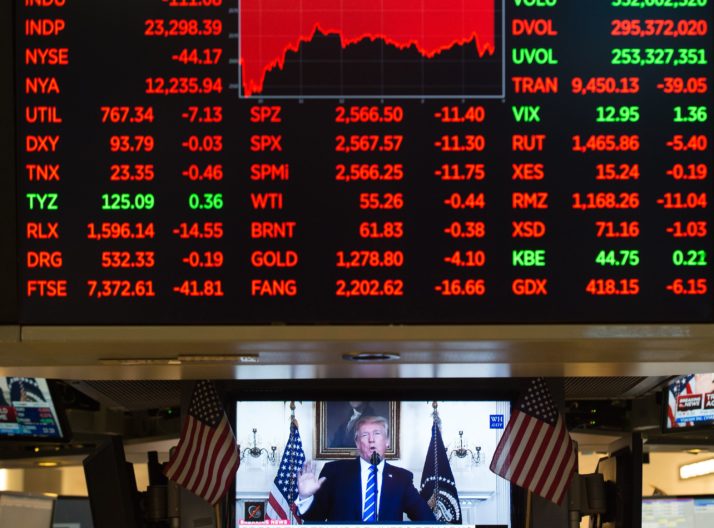 For Europe, the major concern is that the U.S. changes will trigger a global race to lower corporate taxes — one in which welfare states could be put under more pressure just as the Continent’s economy recovers from the recent global financial crisis.

“Lowering corporate tax rates increases global tax competition for global tax revenue,” said Guntram Wolff, the director of Bruegel, a think tank in Brussels. “That all puts pressure on our ability to fund our welfare states, and it’s a social dumping spiral that the EU doesn’t want to participate in.”

Pressure on the welfare state

Rather than try to compete with low-tax regimes, many EU members that are only just emerging from a growth slump hoped to keep their welfare models afloat by increasing the amount they take from global companies — particularly tech giants that have become some of the most valuable firms anywhere in the world.

Starting late last year, Bruno Le Maire, France’s finance minister, became the most vocal advocate for plans to start taxing digital giants, namely Google, Apple, Facebook and Amazon (known, collectively, as the GAFA companies) on their revenue, instead of their profits, as is currently the standard practice.

He won support from a majority of EU countries, but his initiative got bogged down due to opposition from low-tax countries like Ireland and Luxembourg.

The European Commission is pushing ahead with its own, separate tax plans, and Brussels officials will outline new proposals next month.

Europe’s institutional division of labor is not helping to deliver a common response to the U.S. tax changes.

Commission officials are tight-lipped about their plans, which need to win unanimous approval from all 28 member countries if they are to be adopted, and could be contentious.

But according to EU officials, the Commission, as well as the finance ministries of France, Germany, Spain, Italy and the U.K., all have serious concerns about how the U.S. reform affects taxes in the EU, which they circulated in documents following Trump’s announcement late last year.

Among their worries are the potential for double taxation, tax regimes on either side of the Atlantic becoming incompatible, and changes weakening global standards on the use of intellectual property, the officials said.

Meanwhile tech executives — who argue that their companies pay a sufficient amount of tax in the jurisdictions where they operate — are seeking to press their advantage. 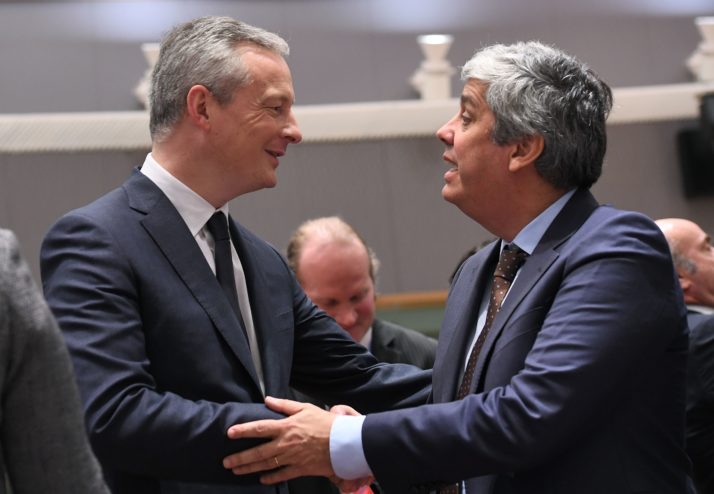 On Tuesday, a coalition of U.S. trade groups whose members include Google, Amazon, and Facebook sent a letter to U.S. Treasury Secretary Steven Mnuchin calling on American policymakers to push back against Europe’s efforts to pocket more of this global tax revenue.

Europe’s potential reforms to force digital giants to pay more tax “would set a troubling precedent that could deeply harm the U.S. and global business climate,” the associations told Mnuchin in their letter.

But such EU tax initiatives are unlikely to win approval from both sides of the high- and low-tax divide in Europe. Ireland and Luxembourg will be particularly hard to convince that a Europe-wide fix is needed.

“As a member state, we will lose the money that was destined for our own coffers,” one EU tax official said. “But it’s difficult to decide on anything with 28 governments.”

Europe’s institutional division of labor is not helping to deliver a common response to the U.S. tax changes.

Trade — a key component of any proposed EU tax reform because it will affect transatlantic commerce — is a competence reserved solely for the Commission.

But when it comes to handling tax treaties between countries, the responsibility falls to EU governments, with many heads of state arguing it’s up to them — not the Commission — to respond to the U.S. reform.

“It’s difficult to do anything,” said an EU tax official from the European Council, who spoke on the condition of anonymity due to the sensitivity of talks about tax policy.

“If U.S. companies stay in Europe, there’s a risk that they’ll be double taxed.”