How Russia turned the internet against America

WASHINGTON — The indictment released Friday by special counsel Robert Mueller makes plain how prosecutors believe Russia pursued its multiyear scheme to undermine the 2016 presidential election — by wielding the social media-driven internet that the United States itself did so much to create.

They had help, digital experts say, from decades of accepted U.S. policy about how to help the internet thrive: The U.S. government has taken a largely hands-off approach, while the anonymity that protects people’s privacy and liberty online also allowed Russian trolls to deceive overly trusting Americans. And the same freedom to innovate that has made Silicon Valley wealthy and powerful meant that there were few eyes on the ball as Russian actors began figuring out how to manipulate the internet’s few dominant platforms, such as Facebook, Twitter and the Google-owned YouTube.

“So many of us thought for so long that the internet was an unbridled force for good, but man, over the last year, the shine has really come off,” said Joseph Lorenzo Hall, chief technologist at the Center for Democracy & Technology, a D.C.-based tech advocacy group.

“I’m sort of at a loss right now,” Hall added. “I value anonymity, but it’s really hard to see how this doesn’t lead to some sort of driver’s license for the internet, which makes me feel horrible. There needs to be some sort of accountability, though I really don’t know what that is. We have a lot of work to do.”

Jonathan Albright, an expert on bots and online propaganda, also found the conclusions of Mueller’s investigators stunning and sobering.

“The indictment is unbelievable,” said Albright, who’s also a research director at the Tow Center for Digital Journalism. He pointed in particular to a section detailing how the major social media companies did not share evidence of Russian spending on political or social ads until September 2017, some 10 months after the presidential election.

“These companies don’t answer to anyone except shareholders” — Jonathan Albright, bots and online propaganda expert

He blames, in part, Silicon Valley’s insularity. “If there was more transparency and accountability into these systems, researchers might have been able to pre-empt some of what happened. But these companies don’t answer to anyone except shareholders,” Albright said.

But there’s plenty more responsibility to go around, argues Albright. Government officials, for example, have failed to pass the sort of campaign finance disclosure or data privacy laws or rules that could make it more difficult to target Americans online.

It was not supposed to happen this way. For years, American tech evangelists and U.S. government leaders alike saw the free-flowing internet as a threat to global strongmen, including Russia’s Vladimir Putin, who favor tight controls. U.S. policymakers have often espoused the idea that dictators would be so tempted by digital commerce’s economic bounty that they would eventually relent and allow the internet to operate without censorship. It was an article of faith in the Obama administration that, as then-Secretary of State Hillary Clinton said in 2011, “governments who have erected barriers to Internet freedom … will eventually find themselves boxed in.” 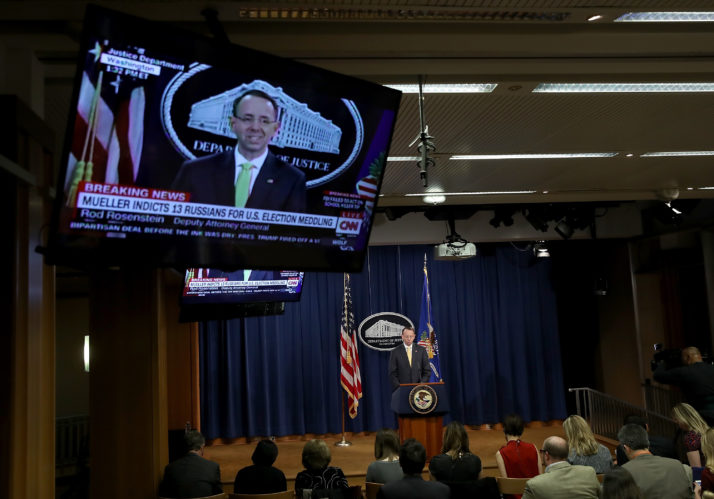 But Russian authorities, Mueller’s indictment suggests, had other ideas — even as they adopted many of Silicon Valley’s best practices and turned them against U.S. democracy.

The notorious Russian troll farm known as the Internet Research Agency, the document details, has been organized like a well-tuned digital marketing shop. It had a division dedicated to search-engine optimization, the art and science of persuading the algorithms that power Google and other websites to prominently feature certain content. The indictment says the Russian outfit also used data analytics to track which of their posts were proving most successful, sent private social media messages to stir up genuinely American grass-roots activists and registered accounts — with names like “[email protected]” — on PayPal to pay for ads.

The organization even double-checked the content generated by its posting “specialists” to make sure it had the kind of authenticity to make it believable to Americans.

The tech companies have been reluctant to embrace the idea that their actions, or inactions, might have made life easier for the Russian actors. Just last month, Facebook’s product manager for civic engagement, Samidh Chakrabarti, made news by saying of Russian social media meddling, “This was a new kind of threat that was hard to predict, but we should have.”

Renée DiResta, one of the advisers of the newly launched Center for Humane Technology — a group of tech industry veterans critical of what social media has done to society — tweeted, “While you read the Mueller #Indictment remember the tech CEO mantra: ‘We don’t want to be the arbiters of truth.’ These platforms were used exactly as they were designed to be used. Here we are a year later, and still no accountability or governance.”

Behind the scenes, though, some in tech grumble that they haven’t gotten the kind of government help that the industry might have needed to combat the foreign interference.

After the Mueller indictment came out Friday, Joel Kaplan, the vice president of global policy at Facebook, said in a statement that the company was “grateful” that government authorities were taking “aggressive action against those who abused our service and exploited the openness of our democratic process.”

Kaplan, too, emphasized that Facebook now believes it needs to do more to combat whatever attacks might come. “We’re committed to staying ahead of this kind of deceptive and malevolent activity going forward,” he said.

Twitter said in a statement Friday night that it will continue to cooperate with Congress’ and Mueller’s investigations into the election meddling.

“Russian efforts to disrupt the 2016 U.S. election, in part by abusing social media platforms, go against everything we at Twitter believe,” a Twitter spokesperson said. “Any activity of this kind is intolerable, and we all must do more to prevent it.” 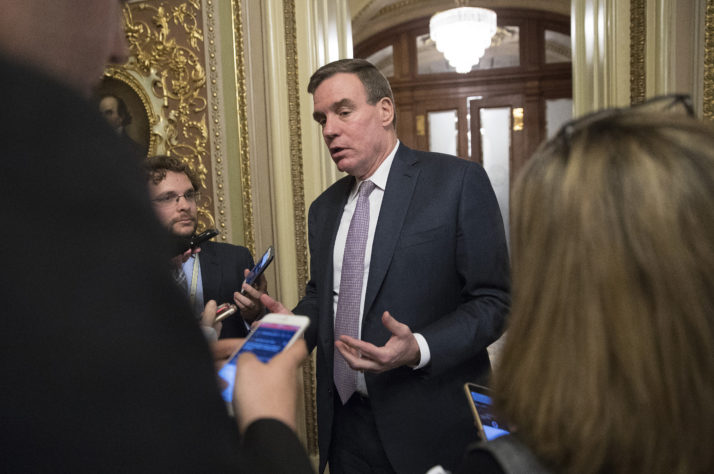 Google did not respond to a request for comment.

But in light of the details laid out in the Mueller materials, the American people are not finding themselves off the hook either. If anonymity has merits on the internet, experts say, users still have the job of making smart decisions about whom to listen to or not.

The indictment describes how the Russian outfit used a made-up persona of “Matt Skiber” to correspond with a Texas grass-roots political group about the organization’s offline rallies. It also cites one Internet Research Agency staffer who in an email to a relative described how she “created all these pictures and posts, and the Americans believed it was written by their people.”

As Deputy Attorney General Rod Rosenstein tsk-tsked during his Friday news conference, “this indictment serves as a reminder that people are not always who they appear to be on the internet.”

Even perhaps Silicon Valley’s harshest critic of late in Washington, Senator Mark Warner (D-Va.), responded to the Mueller indictment in part by pointing the finger at the American population.

“While platforms like Facebook and Twitter are allowing Americans to communicate and share ideas in ways unimaginable just a decade ago,” said the Senate Intelligence Committee vice chairman, “we’re also learning that we each bear some responsibility for exercising good judgment and a healthy amount of skepticism when it comes to the things we read and share on social media.”

Darren Samuelsohn and Ashley Gold contributed to this report.