KIEV — Newt Gingrich — the former speaker of the U.S. House of Representatives, credited with creating the confrontational, hyper-partisan style of politics that’s taken hold of Washington — will soon be landing on European shores.

On the sidelines of the YES conference in Ukraine last month, Gingrich told me he would move to Rome if his wife, political aide and businesswoman Callista Gingrich, became U.S. ambassador to the Vatican. The Senate confirmed her nomination last week.

The 74-year-old ex-politician has a knack for staying in the news. An outspoken congressman for 20 years, he campaigned for the 2012 Republican presidential nomination before dropping out and endorsing the eventual winner Mitt Romney. Since retiring from frontline politics, Gingrich voices his opinions to anyone who will listen — and his audience remains vast. Most recently, he was one the most prominent establishment supporters of Donald Trump’s presidential campaign and one of the top three contenders in the battle to be Trump’s running mate.

Gingrich may be a political streetfighter, but he’s also an erudite man with a Ph.D. in European history, and the Continent has always loomed large for him — especially when it comes to its relationship with the U.S. And given the confrontational approach of the White House’s current occupant to his transatlantic allies, the future of that relationship is an open question.

It’s an “important” question, says Gingrich. “Culturally, the basis of our society comes from Europe. Economically, it is a huge trading partner. Militarily, it guarantees stability for a huge part of the world. But Europeans have a hard time understanding that we [the United States] are an inherently global power. We have to take an interest in every country from Venezuela to Korea. The list of countries on the morning list of the U.S. president is astonishing.” 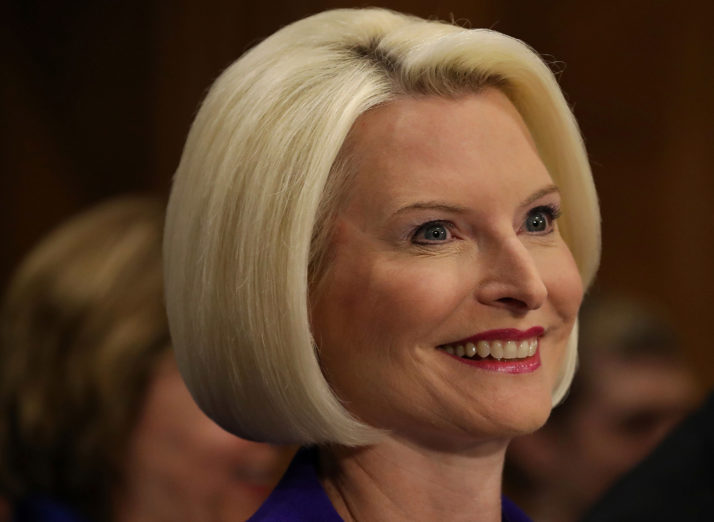 Callista Gingrich sits before the Senate Foreign Relations Committee during her nomination hearing to be ambassador to the Holy See on July 18, 2017 in Washington, D.C. | Joe Raedle/Getty Images

“The U.S. has a unique interest in a stable world, and we have shown that since 1945,” says Gingrich. “Trump is questioning how we should be doing this. But it is clear from [Secretary of State Rex] Tillerson and [National Security Adviser H.R.] McMaster that they are committed to try to develop peace and stability around the world; they are committed to this process.”

Trump, Gingrich says, is right to call on Europeans to pay their fair share and up their military spending. “George W. Bush said the same thing back in day, and I was part of process and the Europeans just kept ignoring us,” Gingrich recalls.

NATO — the military alliance Trump first characterized as “obsolete” on the campaign trail — is still crucial to European security. “If I were Latvian or Estonian I’d feel very insecure. In that sense, it’s both unfortunate and fortunate that [Russian President Vladimir] Putin has been so dishonest and belligerent [toward the Baltic countries]. He has created an alliance against him that would not have existed.”

Trump, he says, has also had an impact, crediting the president for increases in European defense budgets and a new push for tighter European military cooperation.

Russia — which has emerged as a destabilizing force in Europe, with its funding of far-right parties across the bloc — is not a major source of concern stateside, says Gingrich.

Russia may have tried to interfere in the November 2016 election, Gingrich concedes. But he doesn’t believe Trump has any real ties with the Kremlin, nor does he see the Russian president as a real threat. “The Russians do everything so clumsily and with such a bad understanding of America that I don’t worry. But it’s classic Putin — he sets himself up to guarantee to infuriate you without achieving anything.”

Russia’s growing aggression toward Europe — menacing the Baltics and trying to destabilize European elections — comes from a position of weakness, says Gingrich. “They do all this stuff because they are trying their best to play a bad hand,” he says. “They have demographic problems, economic problems. In this sense, they are the opposite of Ukraine. It’s hard for them to raise money and get investment from the free world if investors think the money will merely be stolen. The Russians made a decision in the 1990s to go down this route. Now with the price of oil declining, they are being placed in a stranglehold.”

“As a historian, I have always thought it is very useful to believe dictatorships when they say things” — Newt Gingrich

The answer, in his opinion, is equally simple: Europe has to stand up to its bully.

Most EU countries are wary of aggravating an already tense relationship with Moscow. But they — with the U.S. — need to take a more proactive approach, especially when it comes to Ukraine, whose government Gingrich says should be supplied with lethal weapons. “Kiev is faced with an enemy that is killing young Ukrainians every week, and it deserves the right to defend its soldiers.”

Gingrich clashes with the European consensus on other major geopolitical issues, including the 2015 Iran deal struck between Tehran and the P5+1 (the five Security Council powers and Germany). It’s an “absurd” agreement, on which Iran is surely cheating, says Gingrich. European capitals, meanwhile, have been steadfast in their belief it has brought stability to the region and have taken advantage of an opening Iranian market.

“Iran is one of the largest state funders of terrorism in the world,” he says. “Even the Obama administration admitted this. So the fact that we have given them billions to invest in their ballistic missile program is crazy.”

Trump, he predicts, would be tougher on Iran. The president recently decertified Iran’s compliance with the nuclear agreement and has hinted that Washington could pull out of the deal completely. “The Iranians are trying to build an arc of influence from Iraq to Syria to Lebanon to threaten Israel,” Gingrich warns.

“As a historian, I have always thought it is very useful to believe dictatorships when they say things.”

David Patrikarakos is the author of “Nuclear Iran: The Birth of an Atomic State,” a Poynter fellow in journalism at Yale University and an associate fellow of the School of Iranian Studies at the University of St. Andrews.