The chemist is credited to have accidentally discovered the first synthetic dye, purple mauveine, at the age of 18.

Google are celebrating the successful life and career of the chemist with a Doodle.

The Doodle, made by UK-based illustrator Sonny Ross, shows off the magnificent purple colour on a series of people wearing it.

Purple clothing was very much in fashion during Perkin’s happy discovery – but was previously too expensive for most people to buy and would also fade quickly.

His strong and inexpensively produced mauveine meant it was easily accessible and started a “violet fashion frenzy”.

Queen Elizabeth herself wore a mamuveine-dyed gown to the Royal Exhibition of 1862. 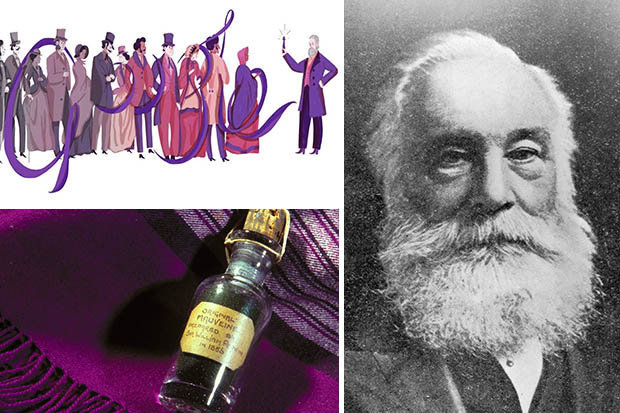 Who was Sir William Henry Perkin?

The brilliant chemist was born on March 12, 1838 in Shadwell, London.

Perkin was the son of a successful carpenter, Scottish mother, and was the youngest of seven children.

In 1853 he attended the Royal College of Chemistry, which is now part of Imperial College London – at the ripe age of 15.

The passionate and talented chemist began working under the esteemed German chemist August Wilhelm von Hofmann – who made him his assistant.

His first ambitious project, assigned by von Hofmann, was to attempt to synthesise quinine in order to combat malaria.

The attempt failed, but when he tried to repeat the experiment with aniline instead, he obtained a purple-coloured solution.

While attempting the experiment at his flat, he discovered that the compound aniline would create a rich, deep purple colour when combined with alcohol.

This was the first aniline or synthetic dye that was ever discovered – and he filed a patent in 1856.

He first named it Tyrian Purple, but later it became more commonly known as mauve – from the French for the plant used to make the colour. 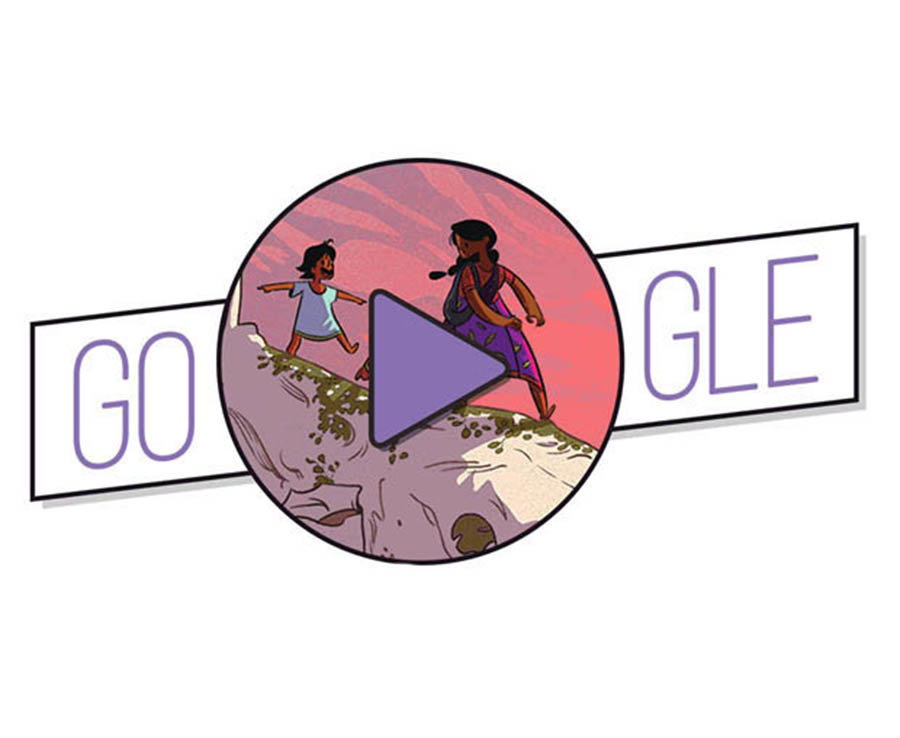 The dye was in high demand due to its association with wealth, royalty and aristocracy.

The Science Museum in London said: “If you were an average person in the 1850s your wardrobe would have been made up of many shades of beige and browns.

“Fabric dyes were derived from plants and insects and expensive to make. Colourful wardrobes were a significant symbol of wealth, in particular purples were often used in the garments of popes and monarchs.”

Both Queen Victoria and Empress Eugénie, the wife of Napoleon III were seen in the colour.

Perkin had made a lucrative discovery, and set to built factories and raise funds to made it widely available. 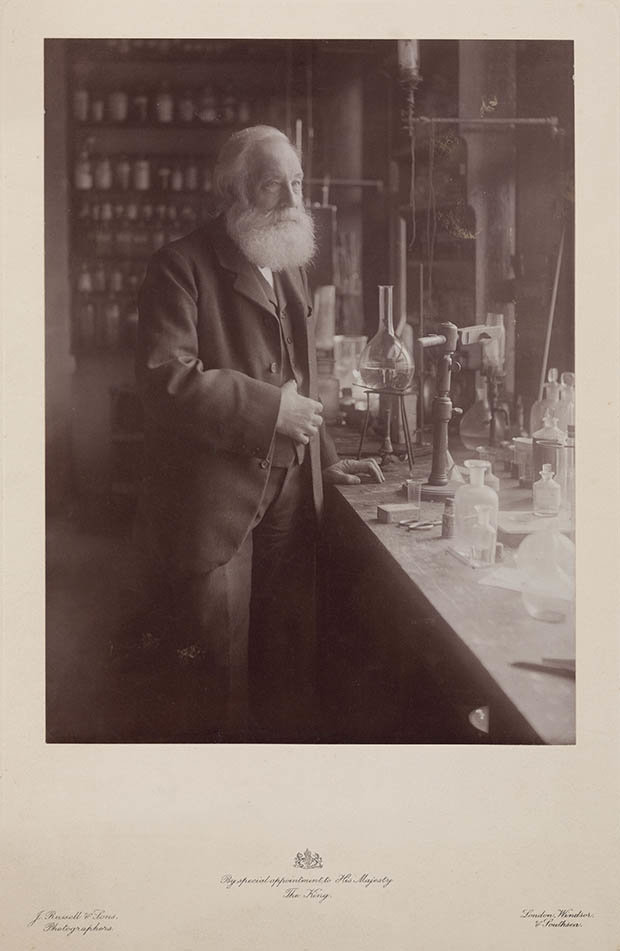 The Science Museum said: “Perkin’s synthetic colourant was a gateway, leading to the emergence of the synthetic dye industry.”

With the help of his father and brother Thomas, Perkin set up a factory on a six-acre site outside London.

Making use of the cheap and widely accessible coal tar, the factory began producing the world’s first synthetically dyed material in 1857.

The chemist continued his research and his passion for dyes – having developed and introduced aniline red in 1859, aniline black in 1863 and alkylate magenta in 1864.

However, in the 1870s Germany began to race ahead in the dye industry – and Perkin’s factory was at a standstill.

Perkin sold the factory and retired at the age of 36, but he still continued to help discover a way to change the structure of organic compound on a molecular level. 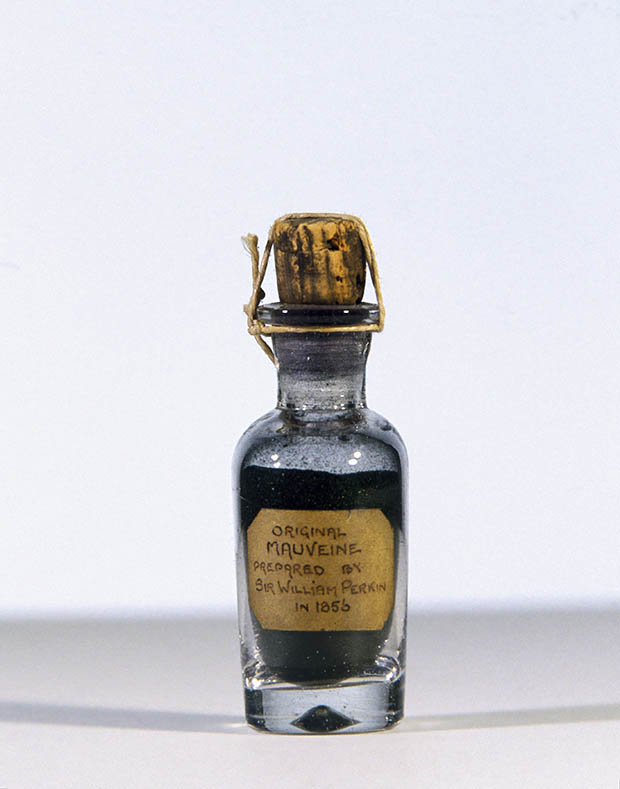 This method became known as the “Perkin synthetis”.

He also continued to research and study – writing over 60 papers after retiring from the factory.

In 1906 The Perkin Medal was established in honour of the 50th anniversary of the discovery of mauveine.

The acknowledgement is known as the highest honour in American industrial chemistry.

The wealthy chemist married twice, first to Jemima Harriet in 1859 – and the couple had two sons. 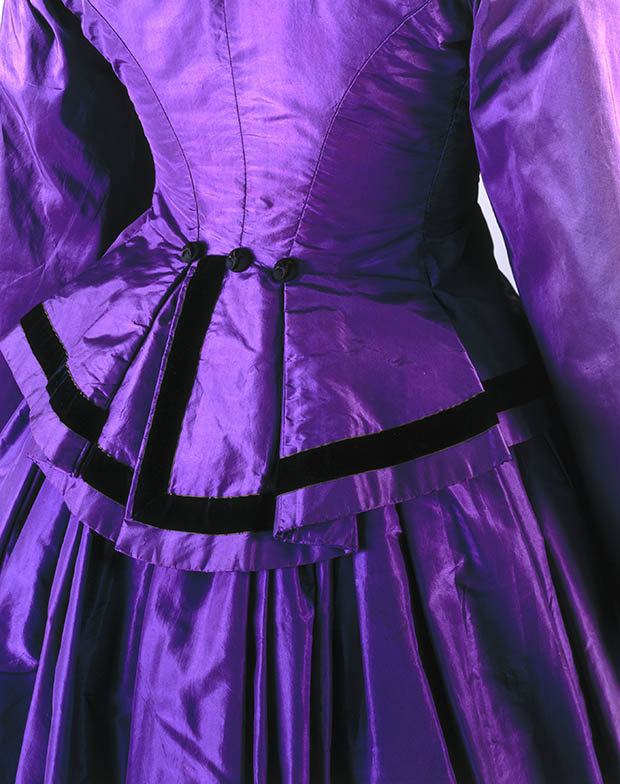 He then married Alexandrine Caroline in 1866, and had a third son.

Perkin received several honours in his lifetime, including becoming knighted in 1906.

Perkin died on July 14, 1907 in London, following complications of pneumonia and a burst appendix.

He was buried in the grounds of Christchurch in Harrow.