EU officials struck a deal late Monday that aims to reduce automakers' carbon dioxide emissions from new cars by 37.5% ahead of 2030. The targeted reduction for new vans is 31%.The European Automobile Manufacturers Association, which represents carmakers including Volkswagen, Daimler, BMW, Renault (RNSDF), Toyota (TM) and Honda (HMC), criticized the measure as "totally unrealistic." "Industry deplores that these 2030 targets are driven purely by political motives, without taking technological and socio-economic realities into account," the lobby group said in a statement. It warned that the targets would have a "seismic impact on jobs across the entire automotive value chain."Volkswagen (VLKAF) said in a statement that the targets would force it to restructure its product range, overhaul additional plants and build new battery factories. Its investment plans will need to be revised."Still unexplained in this context are how eco-friendly electricity will be generated and how the necessary charging infrastructure will be put into place," Volkswagen said.Bernhard Mattes, president of the German Association of the Automotive Industry, said that emissions standards must be "affordable and feasible.""This regulation demands too much and does not give enough support," he said in a statement. "Nobody knows today how the agreed limits could be achieved in the given time."BMW (BMWYY) and Daimler (DDAIF) did not respond to requests for comment. Meanwhile, environmental groups say the targets, which apply to an automaker's entire fleet, aren't aggressive enough.The European Federation for Transport and Environment said the deal is "well below what's needed to achieve the EU's 2030 climate targets or indeed meet the goals of the Paris climate agreement." 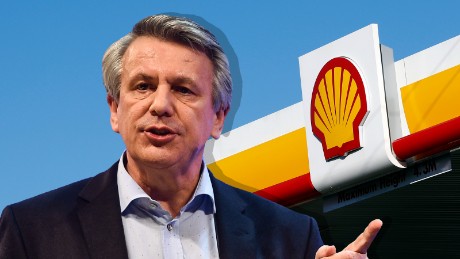 The compromise measure was forged by the European Parliament and the European Council, which represents the bloc's member states. Some countries including Germany were pushing for lower car targets of 30%.After months of negotiations, Germany said it would agree to the higher standards in order to prevent the agreement from collapsing altogether. "We achieved this deal despite the fierce opposition of the car industry and certain member states who refused to acknowledge the opportunities that stem from a more ambitious target," Miriam Dalli, a parliamentarian from Malta who pushed for more aggressive emissions reductions, said in a statement.The European Council and European Parliament still need to formally sign off on the proposal.

Share on FacebookShare on TwitterShare on PinterestShare on LinkedIn Share on TumblrShare on RedditShare on VKontakte
adminDecember 20, 2018