The family also offered "their most heartfelt prayers and condolences to all of the victims, their families and friends," according to a statement read Tuesday by Police Chief Doug Doherty of nearby Bellbrook, Ohio.Connor Betts, 24, who armed himself with a .223-caliber high-capacity rifle, fired 41 shots early Sunday, killing his sister, Megan Betts, 22, and eight others in a popular nightlife district, police said. Twenty-seven people were injured in the attack before patrol officers killed Connor Betts just 30 seconds after he opened fire.The Betts family will cooperate with law enforcement in the "investigation into this tragedy," according to the statement. They also asked for privacy to mourn their loss and "to process the horror of Sunday's events."

What motivated Betts to kill remains unknown. He had an obsession with violence and had expressed a desire to commit a mass shooting, Dayton Police Chief Richard Biehl said Tuesday. 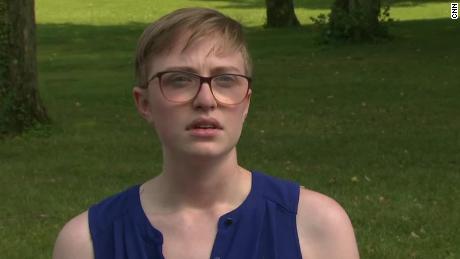 Megan Betts 'was good to her roots'

Friends of Megan Betts have described her as kind and generous. Read More – Source

Share on FacebookShare on TwitterShare on PinterestShare on LinkedIn Share on TumblrShare on RedditShare on VKontakte
adminAugust 8, 2019