Brothers Jim and Kirk Hansen, founders of health and wellness company Kyäni Inc., were on the single-engine Pilatus PC-12 with their father, Jim Hansen Sr., when it crashed after takeoff Saturday in Chamberlain, South Dakota, Kyäni president Travis Garza said in a statement. There were three survivors. Also killed in the crash were Jim Hansen Jr.'s son, Jake Hansen, and Jake's son, Houston. Kirk Hansen's sons, Stockton and Logan, and his sons-in-law, Kyle Naylor and Tyson Dennert, died in the crash."We are deeply sad to announce that yesterday, we lost our precious founders Jim and Kirk in a tragic plane crash," Garza said in a statement that identified the family members. "We are all mourning and ask your prayers."Jim and Kirk Hansen each had sons who survived, along with one of Jim Hansen Jr.'s sons-in-law, Garza's statement said. They were transported to hospitals in Sioux Falls, South Dakota. 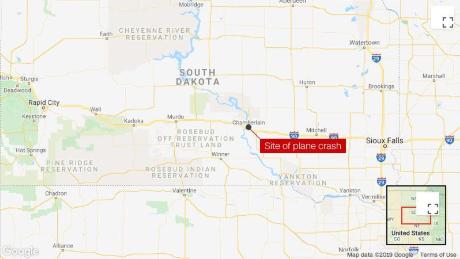 The statement did not indicate why the family was traveling, but it linked out to a story on EastIdahoNews.com that reported the family had gone hunting in South Dakota. Another story on the site showed the group in hunting garb, many of them holding shotguns, with their haul of game birds. The Swiss-made turboprop carrying the family was destined for Idaho Falls Regional Airport in the southeast portion of Idaho, Federal Aviation Administration spokesman Lynn Lunsford said. Though it was not clear if the crash was related to weather, the plane went down before noon Saturday amid a major winter storm, with snow falling at a rate of about an inch an houRead More – Source

Share on FacebookShare on TwitterShare on PinterestShare on LinkedIn Share on TumblrShare on RedditShare on VKontakte
adminDecember 3, 2019