Samoas most prominent locally based anti-vaccine advocate will stay behind bars as officials go door-to-door vaccinating residents against a massive measles outbreak that has already killed 63—nearly all of whom are children under 4 years old.

Officials arrested Edwin Tamasese Thursday, December 5, charging him with "incitement against the Government vaccination order[s]," according to the Samoa Observer. He faces two years in jail.

The arrest came after he allegedly posted a message on social media about the current vaccination campaign that read, "I will be here to mop up your mess. Enjoy your killing spree."

Officials denied Tamasese bail. That means he will spend the remainder of the governments vaccination campaign in jail, awaiting the next available court date. Police said they had given him written warnings to cease his anti-vaccination rhetoric prior to the arrest. The attorney general's office cited the likelihood that he would reoffend as a reason to deny bail.

Tamasese, a manager of a coconut farmers collective in Samoa, is a vocal anti-vaccine advocate who has garnered an international following. Though he has no medical or scientific background, he questions the safety of life-saving vaccinations. He also claims to be a Samoan Taulasea [traditional healer] and falsely says he is able to cure measles with vitamins A and C. (There is no specific treatment for measles.)

A Taulasea who spoke with a New Zealand news outlet, however, noted that healers employ natural resources from the area to treat mainly tropical ailments. "With introduced diseases like measles, you must go to the hospital. We have no plants that can heal this,” the healer said. “Taulasea work hand in hand with Western medicines on diseases like this."

In interviews with media, Tamasese said he has treated up to 70 people and encouraged countless others to avoid immunizations and hospitals.

A government spokesperson told reporters Thursday that such advice is a “major reason” for the increasing number of deaths in the outbreak. “A lot of people are keeping their [children] at home until there's nothing else [and they see going to the hospital] as a last resort," he said. “Some arrive [at a hospital] and nothing can be done, so the law is cracking down."

In the latest update on the measles outbreak, Samoan officials report 4,357 cases and 63 deaths. Fifty-five of the deaths were in children aged 0 to 4. The government also reports that there are 20 critically ill children being treated for measles in intensive care units.

The outbreak ignited in October of this year, and the government declared a state of emergency in mid-November. The emergency proclamation extended the governments authority, making vaccinations compulsory and making it illegal to prevent or discourage anyone from receiving a vaccine.

The government has also closed schools and barred children from public gatherings to try to curb the spread of the deadly, highly contagious virus. On December 5 and 6, the Samoan government shut down entirely to aid public servants efforts to immunize residents in a door-to-door vaccination campaign. Unvaccinated residents were told to mark their homes with red flags to help with the vaccination effort. 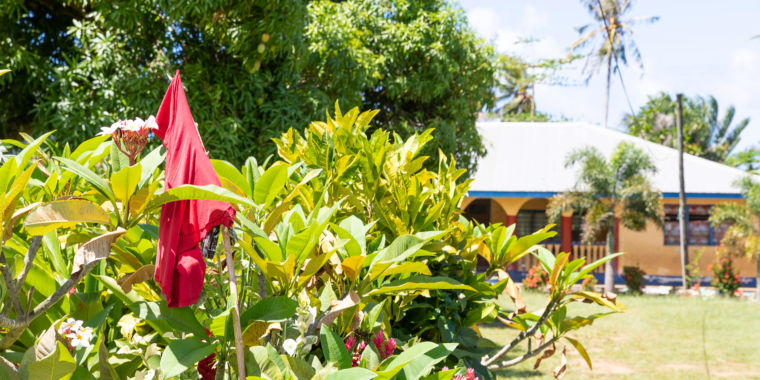 Prior to the outbreak, the vaccination rate of Samoan infants had fallen to an estimated 31 percent, partly due to fear mongering from anti-vaccine advocates.

At the start of this week, officials reported that over 58,000 people in the country of around 200,000 had been immunized during the mass vaccination campaign. Preliminary figures indicate over 17,500 more were vaccinated on December 5 alone, and vaccinations are continuing tRead More – Source

Share on FacebookShare on TwitterShare on PinterestShare on LinkedIn Share on TumblrShare on RedditShare on VKontakte
adminDecember 6, 2019

Judge rules a 2019 law singling out Huawei is constitutional

The future of work looks like staying out of the office