HomeAmericaThe most ridiculous arguments against allowing women to vote
America

The most ridiculous arguments against allowing women to vote

Women were seen as somehow too fragile and too powerful at the same time, liable to burst into hysterics or upend the entire family unit just by casting a ballot. Here are a few examples of these arguments, from the absurd to the downright depressing. Argument: Eve ate the apple which made women unequal to men and, sorry, voting won't change that Some of the most common arguments against a woman's right to vote centered on religion, which tied into ideas about the family unit, relationships between men and women and, as Justin D. Fulton, a pastor of the Union Temple Baptist Church in Boston, Massachusetts put it, "nature and common sense." His 1869 pamphlet, "also features this bold take: "If we give to woman the ballot, shall the equality which woman lost, when she ate of the forbidden fruit, be restored, and shall she be made again the equal of man?" Unsurprisingly, his conclusion is … no. Argument: Women don't actually want to vote, they just think it would be fun to try 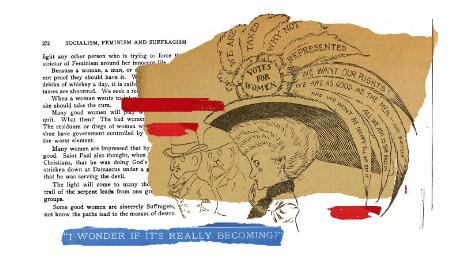 Sadly, men weren't the only ones to rail against women's suffrage. There were plenty of women who insisted they didn't want the right to vote, and occasionally, the push for voting rights was dismissed by some as a fashionable cause du jour that women would simply pick up and later abandon, like a fancy hat. That viewpoint is on display in this cartoon, published by the New York Press, in which fairly common arguments for women's equality are cast as some questionable fashion choice — as a passerby asks, "I wonder if it's really becoming?"Argument: Women could cancel out their husbands' votes 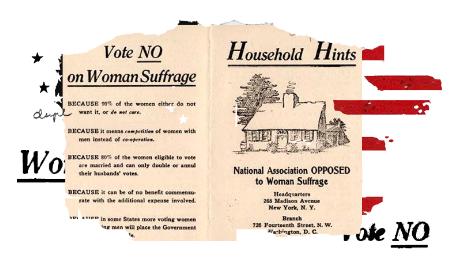 Some anti-suffrage material mixed in political arguments with household tips to, as the Jewish Women's Archive writes, "convince ordinary women that the right to vote was unnecessary." In fact, to them it wasn't just unnecessary. It could actually blot out the power of men! This pamphlet, published by the National Association Opposed to Woman Suffrage encourages women to vote (lol) "no" on women's suffrage because, among other things, married women can "only double or annul their husband's votes." And if that wasn't bad enough, "in some states more voting women than voting men will place the Government under petticoat rule." That term is, of course, a derogatory reference to a government dominated by women. Argument: Voting won't help women cook and clean, so what's the point? 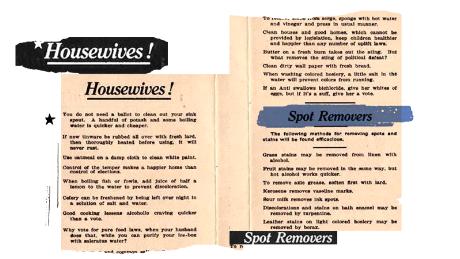 More household tips! Another pamphlet from the National Association Opposed to Woman Suffrage makes the household tip-to-anti-suffrage connection even more obvious. Observe these helpful hints, any of which would make a beautiful cross-stitch sampler: "You do not need a ballot to clean out your sink spout. A handful of potash and some boiling water is quicker and cheaper.""Why vote for pure food laws, when your husband does that, while you can purify your ice-box with saleratus water?""Butter on a fresh burn takes out the sting. But what removes the sting of political defeat?" Checkmate, suffragists. Argument: Voting will lead women away from love and children and toward loneliness and anxiety 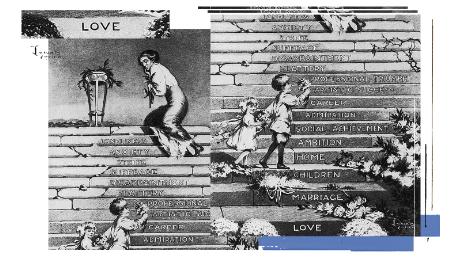 Enough of the "slippery slope" argument. What about the "stairs of doom" argument? This cartoon drawn by Laura E. Foster around 1912 features a roller coaster of highs and lows for a woman pursuing the vote. At the bottom is love, marriage, children and home, which are all fine. But then things get dark, and the children are left behind as she ascends to ambition, social achievement, admiration, and then, suddenly, flattery and disappointment on her way to suffrage. But alas, the fated journey has not yet ended. Once the vote is secured, she keeps ascending to strife, anxiety and loneliness, pausing to tear her gaze away from the laurels of fame toward the precious children she left behind about a dozen steps before. Argument: Women can get whatever they want anyway 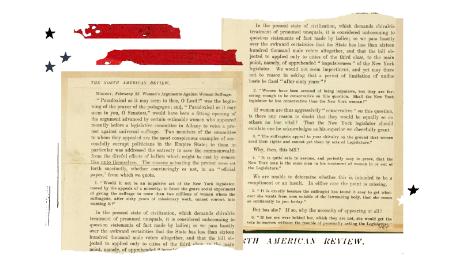 This excerpt features some rebuttals from suffragists against a paper titled "Woman's Arguments Against Woman Suffrage." The anti-suffragists call a woman's vote a "grave social experiment," and argue, basically, that women can already get whatever they want without the vote. "It is exactly because the suffragist has found it easy to get whatever she wants from men outside of the lawmaking body, that she comes so confidently to you to-day," it reads. In fact, to these anti-suffragists, it's not enough that women don't need the vote to get what they want — voting could actually take away a woman's power! "We believe that woman's non-partisan attitude gives her the opportunity for influence in the community which the suffrage would divert and curtail," the arguments go on. Argument: Pregnant women could get too excited when they vote, and that will turn their babies into ugly idiots 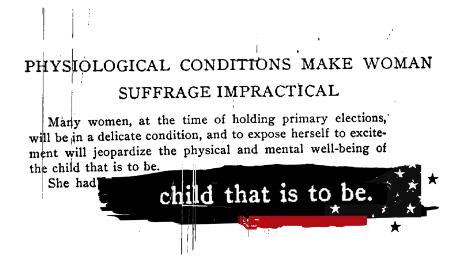 Pregnant women and others in a delicate way, please look away lest you injure yourselves in rage. This book, written by Benjamin Vestal Hubbard around 1915 comes out swinging from the title: "Socialism, feminism, and suffragism : the Terrible Triplets." In a section titled "Physiological Conditions Make Woman Suffrage Impractical," Hubbard (a lawyer and writer by trade), delves into the mercurial mystery of a woman's body and how ill-suited it is for the strenuous task of voting. "Many women, at the time of holding primary elections, will be in a delicate condition, and to expose herself to excitement will jeopardize the physical and mental well-being of the child that is to be," he writes. "Better to let the government go to smash than bear a physically imperfect or idiot child." Hubbard goes on to apply the same argument to such blasphemies as women jurors and politicians, who he claims couldn't do their jobs because they wouldn't know where to put their babies. Finally, another cross-stitch sampler from his screed: "If you know the physical life of a woman, you know until she is 50 she has moods and tenses." What happens after 50? Who knows, but it apparently doesn't have to do with voting. Argument: Women will abandon their husbands, cruelly leaving them alone with their own children, in order to vote 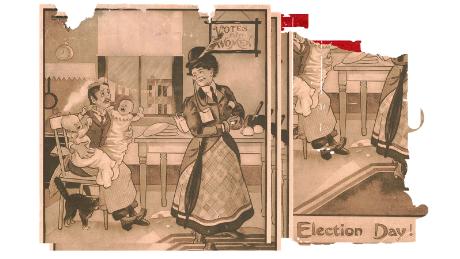 Share on FacebookShare on TwitterShare on PinterestShare on LinkedIn Share on TumblrShare on RedditShare on VKontakte
adminAugust 26, 2020