Nintendo has discontinued its 3DS handheld after about 76 million sales over a nine-and-a-half year period.

A notice on the Japanese firm’s site says “manufacturing of the Nintendo 3DS family of systems has ended”.

The device had the ability to trick the human eye into seeing 3D images like those in some cinema screenings – but without special glasses.

However, its launch received a lukewarm reception and it only gained popularity later.

The console’s demise has long been expected. Last year, the company said it no longer planned to make any new first-party games for the system.

It means the original Nintendo DS retains the title of being the bestselling mobile console.

And the Nintendo Switch – a hybrid handheld-and-home machine – is the current focus of Nintendo’s efforts.

The unique selling point of the 3DS was its stereoscopic 3D effect coming from the screen itself, turned on with a simple slider.

The optical illusion only works when the screen is in a very specific spot in front of the face – but exactly where gamers tend to hold handheld consoles.

It was impossible to showcase on video or photo but impressed many who tried it. 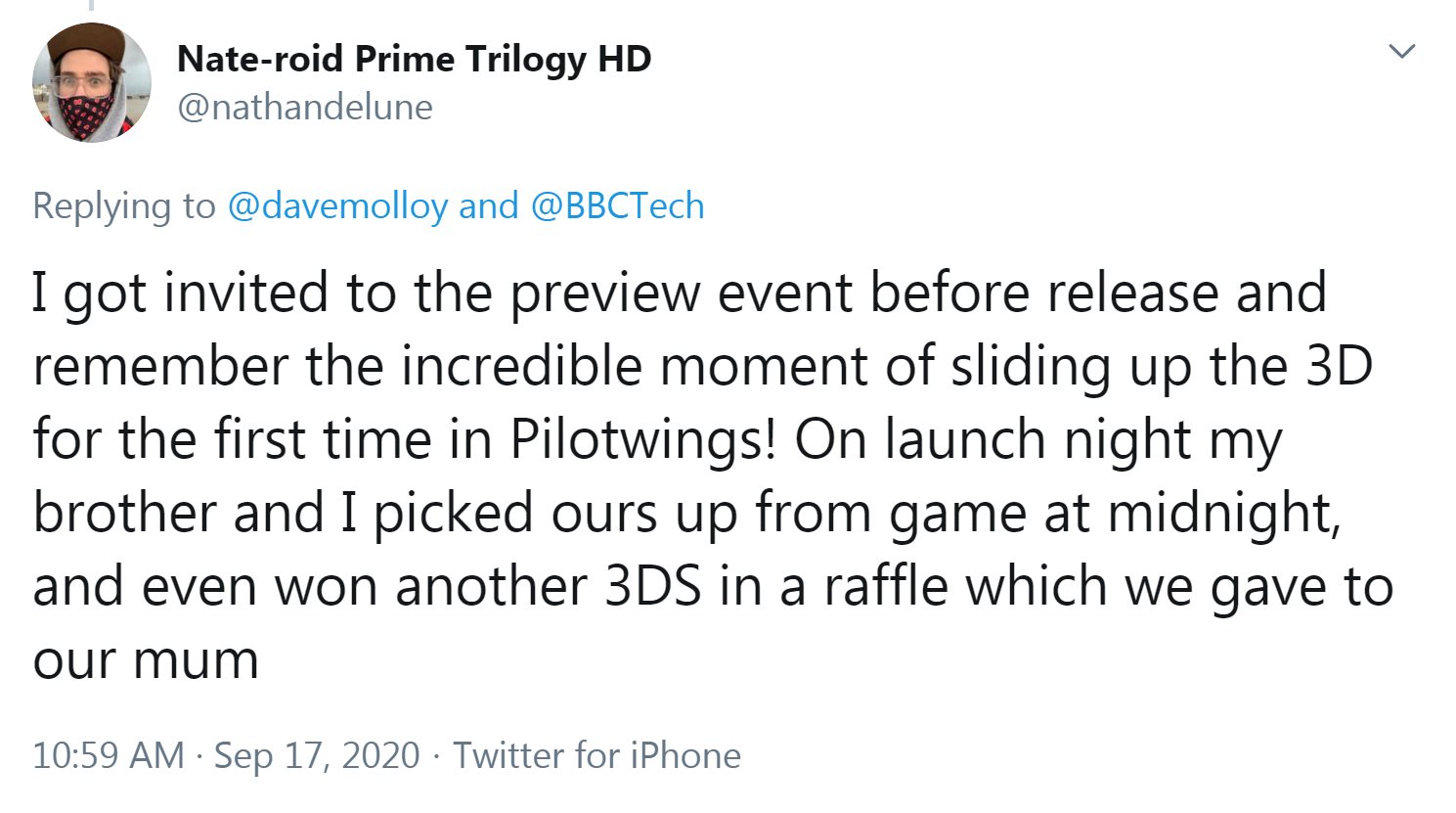 In its 2011 review, game site IGN wrote: “Once you’re in the 3D sweet spot… the 3DS looks amazing; graphics look clean, characters and objects are sharp, and ghosting effects are limited, creating a rich, immersive gameplay experience unlike anything we’ve seen on a handheld before.”

The console was packed with experimental features – augmented reality games, dual 3D cameras, and the the ability to detect nearby consoles while in low-power standby, called “Streetpass” – which allowed players to connect with strangers without exchanging any information.

Despite all the bells and whistles, the 3DS did not start well. A high asking price for the time of over £200, coupled with a lacklustre list of initial games, hurt sales. The fact that the key feature of 3D had to be tried in person was another obstacle.

On top of that, some users reported that the 3D effect made them feel sick. Nintendo even advises to this day that children under six should not use the facility as it could cause vision damage.

Within six months of the launch, Nintendo announced a major price cut to between £100 and £150. Coupled with more games – including a beloved remake of the classic Ocarina of Time – the fortunes of the handheld started to change.

Share on FacebookShare on TwitterShare on PinterestShare on LinkedIn Share on TumblrShare on RedditShare on VKontakte
adminSeptember 17, 2020