Beta moved inland from the Gulf of Mexico, producing heavy pockets of rain over parts of Houston. The storm has already dropped up to a foot of rain in some areas and more was on the way Tuesday. The storm was producing 35 mph winds, according to the National Hurricane Center, and was centered around 15 miles from Victoria, Texas.Beta's slow speed is not producing widespread rain, but pockets of heavy rainfall — which are leading to flash flood conditions as it stalls over Texas. Its not expected to move out of the area until Wednesday night.A group of volunteers in Houston used kayaks to rescue those stranded from the flooding, CNN affiliate KPRC reported. 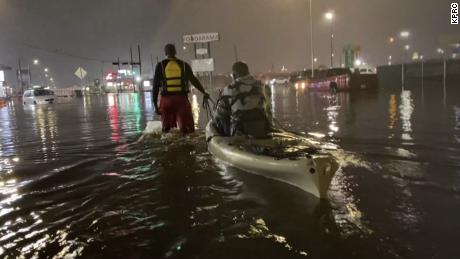 In Jamaica Beach, Texas, Ann Williams was driving to check her rental property, when she was met by severely flooded streets due to Beta's storm surge."We have seen the water high before with storms, but not like this," she told CNN. "So it was a little scary driving down the street to get to the house." 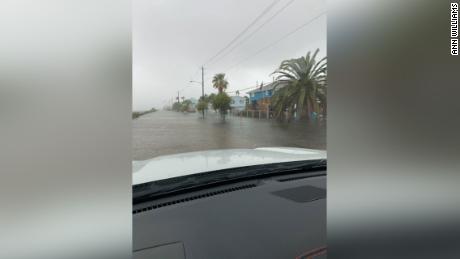 The water levels were also high at her rental home, rising over the docks in the back of her property. Williams says the water levels have somewhat receded now and believes the worst is over.A family in Read More – Source

Share on FacebookShare on TwitterShare on PinterestShare on LinkedIn Share on TumblrShare on RedditShare on VKontakte
adminSeptember 23, 2020