The Houston mother said she was still reeling over the death of Floyd, her friend, when she lost her sister less than four months later to the coronavirus.Mallard and Floyd met in the ninth grade at Jack Yates High School in Houston. She was a cheerleader and Floyd played for both the football and basketball teams."You couldn't miss him because he was so tall," Mallard said.Because of his height, Floyd was given the nickname "Big Floyd." "He was so quiet. He really didn't speak unless he was spoken to," said Mallard. She remembers Floyd as being reserved and not being one to boast about himself.Mallard said she found out about Floyd's death in the parking lot of her dentist's office. She happened to have checked Facebook before her dental appointment and saw her high school classmate post "Rest in Peace Big Floyd."Floyd, a 46-year-old Black man, died May 25 in Minneapolis police custody after an officer pinned him to the ground with his knee on Floyd's neck for almost 9 minutes.It was not until several hours later that Mallard learned how he died and saw the pictures and video clips starting to circulate online. "I was in shock and lost it," Mallard said. "I really lost it."She said that to this day, she has not seen the entire video of Floyd pleading for help. "I turn my TV (off) instantly," she said, when she sees the video being played.Mallard said she feels outraged and adds, "A human is not made to process all of this."

The loss of her sister

Mallard's sister, Patricia Ashley, died September 14 of complications from the coronavirus. She was 53. Ashley spent 27 days in the hospital, 20 of them on a ventilator in the intensive care unit. 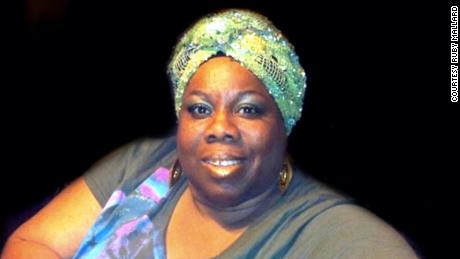 Ashley was a preschool teacher at a private school in Houston.Mallard described her sister as the "protector" for the family and always "taking care of everyone, including strangers." Ashley continued ordering care for her stroke-stricken husband from her ICU hospital bed before she was put on a ventilator."She was a caring person, and she was problem-solver for everyone. She had a genuine concern for everyone," said Mallard. She said she misses talking to her sister every day on the phone, saying that sometimes they would even call each other almost 10 times a day.Ashley is survived by her husband of almost 25 years,Read More – Source

Share on FacebookShare on TwitterShare on PinterestShare on LinkedIn Share on TumblrShare on RedditShare on VKontakte
adminSeptember 25, 2020