HomeAmericaLockdowns in Europe are a warning to the United States
America

Lockdowns in Europe are a warning to the United States 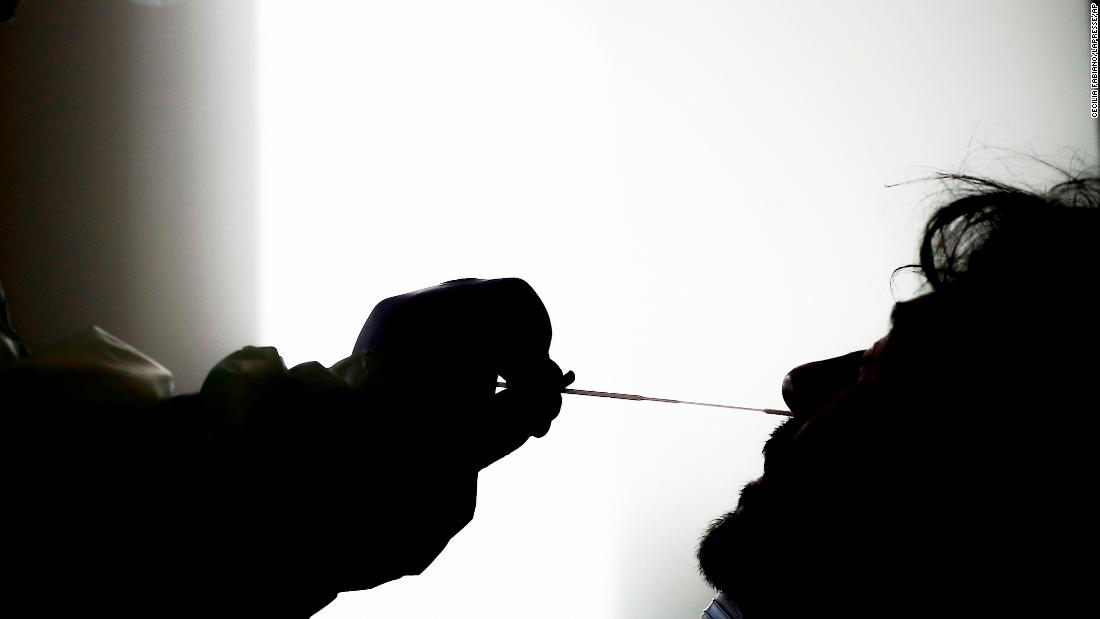 A version of this story first appeared in CNN Business' Before the Bell newsletter. Not a subscriber? You can sign up right here.What's happening: Paris has imposed an overnight curfew. In London, people from different households are banned from meeting indoors. The measures are an attempt to stem the rapid rise in Covid-19 cases across the continent as hospital capacity again becomes a concern.Stocks in London, Paris, Milan and Frankfurt sold off sharply on Thursday before rebounding Friday. Markets aren't tanking like they did in March, but the quick change in climate still presents a cautionary tale.Bank of America's economists in Europe put it simply in a note to clients on Friday: "Yes, it is bad.""Localized and surgical restrictions could become more disruptive if they keep mounting up," they said. "Precautionary savings, which are already large, could increase further driven by virus related uncertainty. And voluntary social distancing can easily amplify the economic impact of the resurgence of the virus."The size of the economic impact of the fresh measures is difficult to ascertain, especially given the patchwork response in countries like the United Kingdom, where cities such as Liverpool face even tighter rules than London."Tracking the scale and scope of restrictions will be [of] utmost importance going forward," said Deutsche Bank economist Sanjay Raja. He's sticking with his prediction for 2% growth in the United Kingdom between October and December, but said that if any more restrictions are imposed, the economy could completely stall.Allianz now expects key European economies to contract again in the final quarter of the year, with Spain's economy shrinking 1.3% compared to the previous quarter and France's economy shedding 1.1%.Big picture: There's little reason to think that the challenge facing leaders in Europe — act decisively and try to stave off a worsening health crisis, or take moderate steps that could protect fragile economic gains — is purely a local phenomenon.See here: New York City is grappling with a Covid-19 resurgence in some neighborhoods in Brooklyn and Queens by closing non-essential businesses and schools in certain areas, an attempt to avoid broader shutdowns for now.In the United States, the one-week average of new daily cases has moved above 53,000, an increase of more than 55% in just over a month, according to Johns Hopkins University data.The Back-to-Normal Index from CNN Business and Moody's Analytics shows that the US recovery has effectively plateaued since mid-September. Yet Europe demonstrates how quickly the situation can go into reverse.Investor insight: European stocks have enjoyed heightened demand from investors in recent months. Money managers pointed to Europe's relative control of the virus after the spring, while lauding an agreement among EU leaders to raise 800 billion euros ($938 billion) for recovery efforts. Without the first part of that equation, however, the region could struggle.

Netflix is having a killer year. Can it keep it up?

It won't come as a surprise to anyone who's been hunkering down at home that Netflix is having a knockout year.While movie theaters are quickly running out of cash, Netflix is thriving. The streaming service added 26 million subscribers in the first half of the year as the cultural conversation centered on shows like "Tiger King." Last quarter, Netflix more than doubled its profit compared to the same period a year earlier.Watch the stock: Shares have skyrocketed 64% in 2020, while the S&P 500 has gained closer to 8%.Investors will tune in Tuesday to see if Netflix can maintain momentum when it reports results for the July to September quarter. The company said in July that it expected to bring about 2.5 million subscribers during that period.Bank of America analysts thinks subscriber numbers could be weaker this quarter given increased competition from players like Disney+ and NBC's Peacock, the return of live sports and a predicted increase in people cancelling subscriptions.Even so it raised its target for the stock to $670, a 26% rise over Friday's closing price, due to faith in the company's long-term strategy.Monday: China GDP and September industrial production, retail sales and unemployment; Halliburton (HAL) and IBM (IBM) earningsTuesday: US housing starts and building permits; Lockheed MarRead More – Source