HomeTechReview: Don’t call it a comeback—The Boys returns better than ever in S2
Tech

Review: Don’t call it a comeback—The Boys returns better than ever in S2 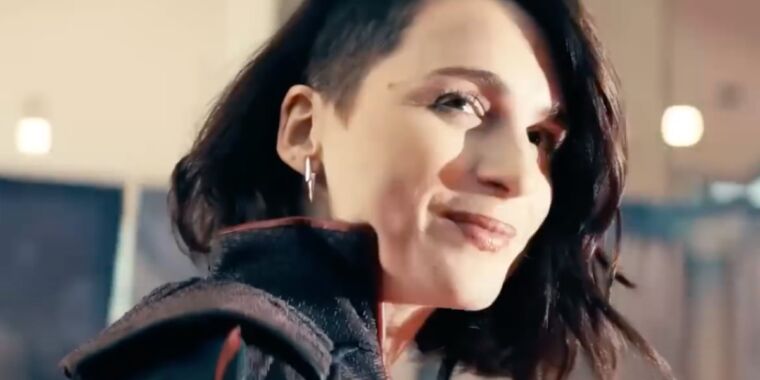 In my review of The Boys S1 last year, I called the Amazon Prime series "a wickedly funny, darkly irreverent adaptation" and "ideal late-summer therapy for anyone who has grown a bit weary of the constant onslaught of superhero movies." I wasn't alone in my love for the show: The Boys was a massive hit, and that success has continued with S2, which was the most-watched global launch of any Amazon series to date, pretty much doubling the show's worldwide audience. S2 is even better than its predecessor, deftly tackling timely themes and hot-button issues, while never sacrificing all the biting satire and good, gory fun that we loved about S1. And can we just give Antony Starr an Emmy already for his stunning performance as Homelander?

The Boys is set in a fictional universe where superheroes are real but corrupted by corporate interests and a toxic celebrity-obsessed culture. The most elite superhero group is called the Seven, headed up by Homelander (Starr), a truly violent and unstable psychopath disguised as the All-American hero, who mostly bullies his supe team into compliance. The other members include A-Train (Jessie T. Usher), who boasts super-speed but has also become addicted to the experimental performance-enhancing substance called Compound-V. The Deep (Chace Crawford) can breathe underwater, thanks to having gills—voiced in S2 by Patton Oswalt during a hallucination sequence—and converse with marine creatures.

Black Noir (Nathan Mitchell) is a silent Ninja-like superhero with enhanced strength and agility who never speaks, while Queen Maeve (Dominique McElligott) is Homelander's former girlfriend who suffers from burnout and a bit of guilt-ridden PTSD from all the horrors she's witnessed on the job—many of them, it must be said, inflicted by her own team, especially Homelander. Finally, there is relative newcomer Starlight (Erin Moriarty), who quickly becomes disillusioned with the Seven even though joining them had been a lifelong dream.

Homelander's counterpart as the head of the titular "boys" is Billy Butcher (Karl Urban), a self-appointed vigilante intent on checking the bad behavior of the Seven, especially Homelander, who brutally raped Butcher's late wife. Butcher recruits an equally traumatized young man named Hugh "Hughie" Campbell (Jack Quaid, son of Dennis Quaid and Meg Ryan) to help in his revenge, after a juiced-up A-Train literally runs through Hughie's girlfriend, killing her instantly. Rounding out the crew are Marvin, aka Mother's Milk (Laz Alonso), Frenchie (Tomer Capon), and Kimiko, aka The Female (Karen Fukuhara). She has enhanced strength and healing abilities thanks to being (forcibly) injected with Compound-V.

In S1, Butcher & Company tracked the source of the compound back to Vought International, the parent corporation behind the Seven, which had been using it to create more superheroes. But someone else had gotten their hands on Compound-V and was using it to create super-powered terrorists, in order to manipulate the US government into welcoming the Seven as a super-extension of the military.

The various subplots included budding romances between Hughie/Starlight, and Frenchie/Kimiko; Deep getting kicked out of the Seven for sexual harassment and being assigned to a small Midwestern town instead; the revelation that Queen Maeve is bisexual and had a secret girlfriend; and A-Train's continued abuse of Compound V caused him to have a heart attack, sidelining him from the Seven. Oh, and the Seven are down a member after the Boys took out Translucent (Alex Hassell), a perverted voyeur who could turn himself invisible by changing his skin into a carbon meta-material that warped light around him.

The S1 finale ended with a major cliffhanger: Butcher, intent on blowing himself up and taking Homelander with him, changes his mind when the psychotic superhero tells him he has discovered that Butcher's ex-wife, Becca, is still alive—and raising her son, the result of her rape by Homelander. That's pretty much where S2 picks up. Per the official premise:

Butcher, Hughie and the team reel from their losses in Season 1. On the run from the law, they struggle to fight back against the superheroes, as Vought, the company that manages the heroes, cashes in on the panic over the threat of supervillains. And a new hero, Stormfront (Aya Cash), shakes up the company and challenges an already unstable Homelander.

The fugitive Boys are holed up underground, soon rejoined by the missing Butcher, with the goal of capturing a supe terrorist who has been going around blowing up people's heads with his/her telekinetic abilities. Starlight is a secret ally, thanks to her relationship with Hughie, but Butcher doesn't trust any supe, and is frankly more interested in finding Becca. Tracking down the terrorist is simply a means to that end. And Hughie is angry and disillusioned with Butcher for dragging him into the fray and then abandoning the group for weeks on end.

Things aren't exactly peaceful with the Seven either. Homelander's dominance of Vought is challenged when CEO Stan Edgar (Giancarlo Esposito) brings on a new member—the aforementioned Stormfront, who quickly wins over the public with her sassy charm, just as Homelander's approval ratings are sinking. Still in exile, the Deep joins the Church of the Collective in hopes of boosting his self esteem and regaining his spot with the Seven. A-Train faces competition from Shockwave (Mishka Thébaud), another superpowered speedster who might replace him on the Seven. A vindictive Homelander cruelly outs Queen Maeve, and the resulting Vought PR campaign selling her as an LBGQT role model ("Brave Maeve") further stresses her relationship with girlfriend Elena (Nicola Correia-Damude).

It's Homelander's world, we're just living in it