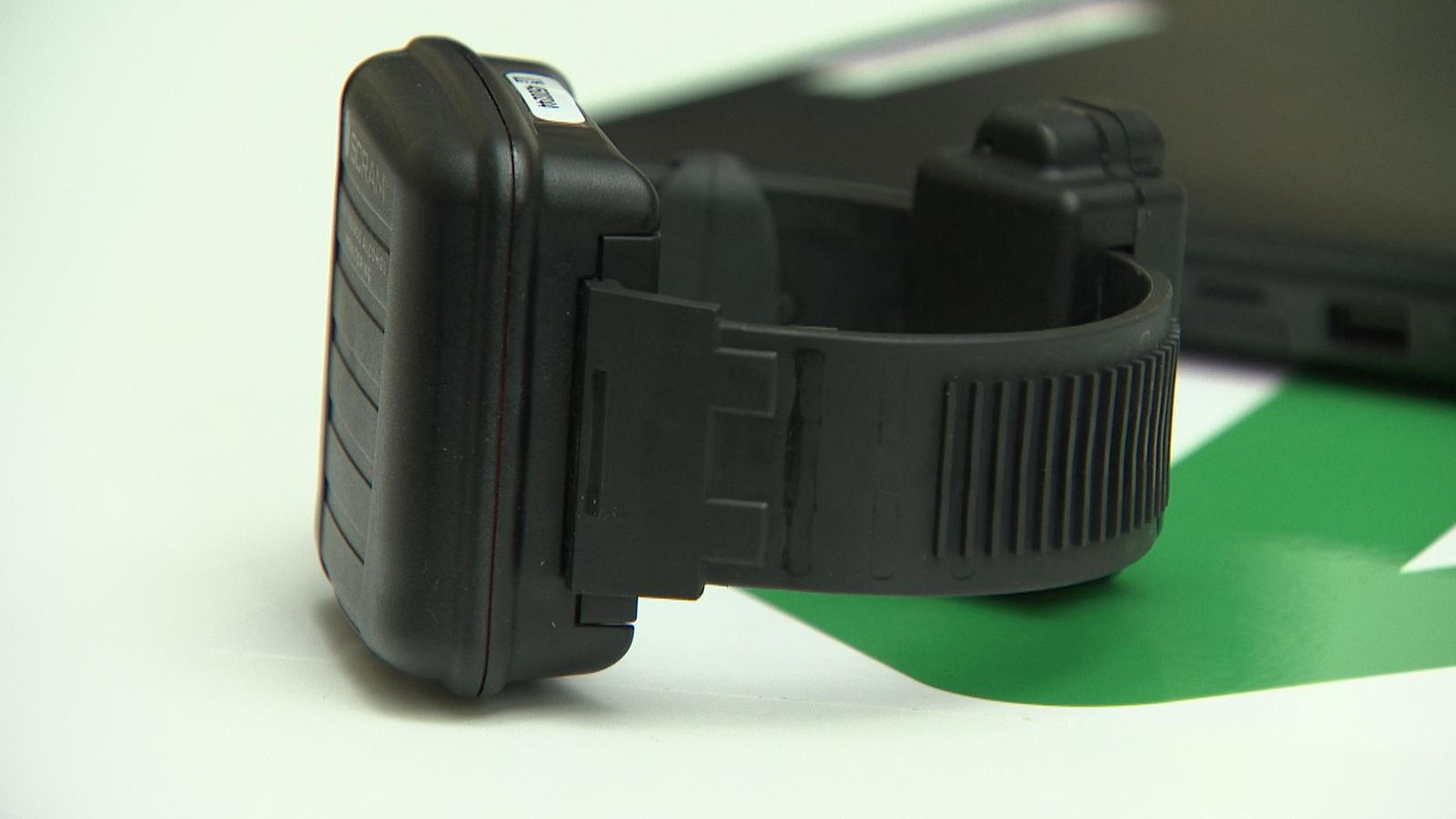 Sobriety tags that monitor criminals' alcohol levels every 30 minutes are being rolled out in Wales from today.

The ankle tags will be handed out to "alcohol-dependent" offenders as part of new abstinence orders that can ban them from drinking for four months.

They monitor the person's sweat and test it for the presence of alcohol.

If criminals who have been banned from drinking are found to have consumed alcohol, the probation service will be alerted and they could be ordered to appear in court, fined or put in prison.

Probation staff will be able to tell if the tags have been tampered with and can differentiate between alcohol in drinks and that found in hand sanitiser or perfume.

The tags have already been trialled in London, Humberside, Lincolnshire and North Yorkshire and will be rolled out across the rest of England next year.

Around 39% of violent crime is committed under the influence of alcohol, according to Ministry of Justice figures.

He told Sky News: "We all know there's a big cost of alcohol in society.

"We hope that by removing alcohol from the lives of offenders, it will reduce the crimes they commit."