HomeTechReview: The Haunting of Bly Manor is a perfectly splendid ghost story
Tech 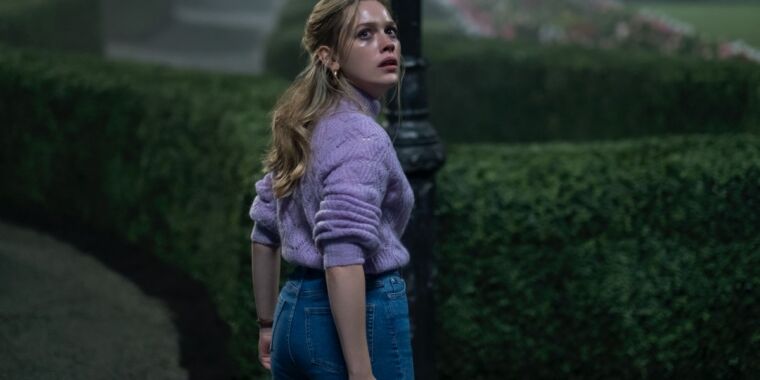 A young American woman fleeing her tragic past finds herself caring for two orphaned children on an English estate that she suspects might be haunted in the new Netflix series The Haunting of Bly Manor. Showrunner Mike Flanagan's highly anticipated followup to 2018's exquisitely brooding The Haunting of Hill House, this season is loosely based on the Henry James novella The Turn of the Screw.

Granted, Bly Manor never quite reaches the same level as the exquisitely rendered Hill House, but it's nonetheless a "perfectly splendid" ghost story that doubles as a quiet, thoughtful reflection on love and loss, in keeping with the oblique writing style of James. Between Doctor Sleep, Hill House, and Bly Manor, Flanagan has pretty much established himself as the reigning master of reinventing classic horror stories for a modern audience.

(Some spoilers for The Turn of the Screw, The Innocents, and The Turning. Only mild spoilers for Bly Manor; no major reveals.)

As I wrote previously, The Turn of the Screw, published serially in Collier's Weekly in 1898, tells the story of a governess, hired by the absent uncle of two orphaned children, to look after them at his Essex country house, Bly. Soon after arriving, the governess sees figures of a man and woman she suspects may be spirits. She learns from the grim housekeeper that her predecessor, Miss Jessel, had an affair with another servant, Peter Quint, and both died. They also seemed to have had an unhealthy attachment to the children, Flora and Miles, and the governess suspects the children can see the ghosts, too. The governess succeeds in saving Flora, but ultimately can't save poor Miles, who dies from the shock of Quint's spirit repossessing his body.

But Flanagan didn't limit himself to that source material for Bly Manor; he also cleverly incorporated other elements from James' collection of ghost stories. "The Turn of the Screw has been adapted so many times," he has said of his reasoning. "We know how perfectly it fits into a feature film format. We're doing a whole season of television. The Turn of the Screw is only one of a dozen stories that we're telling. All Henry James, all thematically linked. It's been really exciting to have this much bigger canvas, because you're not going to do better than The Innocents anyway."

That's a reference to the 1961 British film adaptation, The Innocents, starring Deborah Kerr—probably the best of the many versions of the tale that have been adapted for various media. (Bly Manor contains several nods to the film, including the use of the haunting song, "O Willow Waly.") The most recent film adaptation, The Turning, released earlier this year, is the worst of the bunch by far, despite a solid performance by star Mackenzie Davis.

Flanagan's version preserves James' narrative framing device of guests at an inn listening to a ghost story. But he updates it to a 2007 wedding held in Northern California, with an unnamed female guest (Carla Gugino, who played the Crain matriarch in Hill House) serving as narrator. He also keeps much of the central plot from Turn of the Screw, at least in the beginning. (The story diverges quite a bit by season's end.) Danielle "Dani" Clayton (Victoria Pedretti) applies for the job of live-in governess to two orphans, the niece and nephew of Henry Wingrave (Henry Thomas). He is initially reluctant to hire her, but she persuades him otherwise and soon finds herself at Bly Manor, the Wingrave family's sprawling estate in the English countryside.

Her young charges are Miles (Benjamin Evan Ainsworth) and Flora (Amelie Smith). The house is run like clockwork by Hannah Grose (T'Nia Miller), with the help of the cook, Owen (Rahul Kohli), and a groundskeeper, Jamie (Amelia Eve). But Dani soon notices the occasional strange behavior of the children and spots a mysterious man lurking at the windows. The man matches the description of Peter Quint (Oliver Jackson-Cohen), Henry Wingrave's former valet, who mysteriously vanished after embezzling from his employer. Quint had romanced the former governess, Rebecca Jessel (Tahirah Sharif), who purportedly drowned herself in the lake (really more of a large pond) on the estate. Dani gradually begins to realize that there is something seriously wrong at Bly Manor.

Share on FacebookShare on TwitterShare on PinterestShare on LinkedIn Share on TumblrShare on RedditShare on VKontakte
adminOctober 22, 2020